It's on BC for now, but all the regular streaming spots are coming soon after.

This is a recording I am particularly fond of; it's a part of our DIY recording series of singles for 2021, and unlike February's "Blackout," which was recorded and mixed in 6 days, I was able to spend a little more time mixing and mastering this song.  We're still adjusting to our new rehearsal/recording space, so doing this series is kind of our way of exorcising the gremlins we need to address to thoroughly know what works (and what doesn't) in our new workspace.

Every mic choice was different for Harmless Metaphors than it was for Blackout.  For this one, Joe's drums had a D112 on the kick, an SM58 on the snare top, an AT2021 on the bottom, a pair of matched small cap condensers as overheads in an X/Y configuration, and an omni pointed at the front of the kit (compressed as hell and brought in periodically to help with boominess of the toms, which sadly are under-represented here).  This setup sounded much better, I think, than Blackout's drum take.  However, I'm not thrilled with the X/Y config because of it's limited stereo image, even if it did sound better than the last experiment.  But hey, that's why we're doing this!  To see what's possible with our new digs.

Bass was recorded remotely by Evan, with a mic on his bass amp rather than our usual way of recording DI from a Sansamp live with the drums.  It was by far the easiest thing to mix, because he did the bulk of the work capturing a fantastic sound on his home rig.

I recorded my guitars as two takes on both a vintage Guild Thunderbird amp and a Fender Hot Rod Deluxe combo (and added some more on the bridge, including the solo).  For mics, I used a Sennheiser 609 (Fender) and a Sennheiser MD421 (Guild). They live mostly in the left channel.  Most of Amelia's guitars (right channel, everything except the intro/outro) were recorded from a single take as a stereo output into both an Orange Tiny Terror (MD421) and the Fender amp (609), blended to taste in the mix.  The intro/outro was done as two separate takes, overdrive and fuzz.

Vocals were captured through the MD421 for lead and backup, and an RE20 for the high harmonies.  I used a few compressors/plugins, and finally got around to using Izotope's "Nectar," which really sweetened the vocals in all the right spots.

There were a decent amount of outboard compressors and EQs used for all of the recording process, and a conservative amount of software plugins for almost every track.  Going forward, we're going to be using yet another unique setup for our upcoming single - our studio was recently upgraded with a tape machine, more outboard gear, and a bunch of great mics.  Keep an ear out for it!

Three releases from me today:

First up - “Flat Sun”, by Flat Sun.  NEW BAND ALERT!  Pete Sombor and I cranked this out in 3 days, simply because we have a lot of fun working together, but also because we just couldn’t resist writing a song about current events.

Next on the menu - “Blackout” by MNOP.  As we’ve been chipping away at fresh material during the pandemic, we decided that putting out these new songs as singles over time would be more interesting than saving them up for a full album.  This is the first in a series of DIY recording experiments.  More to come soon!

Lastly - “Non Compliance” by Auntie Depressant.  Since we recently recovered the master files for these 14-year-old recording sessions, we figured the best course of action would to be to re-mix them from the ground up and feature new vocals from MNOP’s Amelia Hazen, who matched the tone and energy flawlessly.  It’s a 3 track EP that is itself part of a trilogy of releases called “Something Worse.”  There is a limited cassette release as well, with incredible artwork by Katelynn Mills.  Snap ‘em up!

“There are several things going on here, with jazzy drumming, punk-styled growling bass and guitar-playing that's kinda horror surf, kinda post-punk. I definitely connect with it on a surf level, but it's constantly wandering off the beaten path and into the unknown. And I like it!”

-Hunter King, Storm Surge Of Reverb
"In perhaps-best-song-title-ever news, we’ve got 'Autopsy Turvy'—one of six tracks on Night Zoo's new power punch of an EP, 'Night Zoo vs. The Cast Iron Mummy,' which the band described to us via email as an “instrumental bulldozer of surf, punk, samba and metal influences that faithfully present what we deliver to live audiences, augmented with tasteful studio indulgences' that 'will cater to guitar nerds with its wide range of layered Strat tones.'
⁣
From 'Creature from the Gowanus Canal to 'Lunar Graveyard' —plus the four tight tracks in between—the EP is a 16-minute sonic journey we highly recommend your ears, mind and body embark on ASAP."
-Bands Do BK

It's been over a year since Night Zoo put our Sports Injuries Of The Space Age EP into the world, and it's time to unveil some more music.  Whereas "Sports Injuries..." was raw and thrown together essentially for the purpose of punching our way into the public consciousness, our newest offering, Night Zoo vs. The Cast Iron Mummy displays a deeper spectrum of nuance and intent.  Many of these songs have been played live for as long as we've been haunting stages, and it's no accident that we've been waiting for the right moment to commit them to recording.  The perfect storm had to brew for us to capture them properly.  We've rehearsed them considerably and aired them out in our live sets, but to go through the motions of recording for the sake of a timely product would have been a vulgar disservice to the material presented here.  We feel strongly that this music has reached its final form, and that even though it was recorded 100% DIY on a zero dollar budget, it could not have been done better (by us, at least).

Since our last EP, we've acquired a new victim to play bass - Charles Aceto.  He's a seasoned vet at playing and accompanying surf, metal, rockabilly etc.  Basically, a perfect fit for us.  We played two shows with him at the beginning of the year, before shit hit the fan on a global scale.  But - those shows felt phenomenal, and we look forward to what comes next.  We hope to see you again soon!

What a friggin' treat!  MNOP's newest record is coming May 1st, and we couldn't be more delighted. For one, it's a pretty blistering run-through of some of our recent crowd-favories.  These recordings are honest - very little studio indulgences were had, and what we did embellish was (at least we think) quite tasteful.  Secondly, Joe friggin' Cosmo Cogen on the drums!  Our newest family member, on display here proudly.  He's a peach, and this is his recorded debut with MNOP.

Finally, we're really happy to send this one off into the world.  After having played this material out in the last 2 years, we hit a stride here and are stoked with how accurately this recording captures this band.  Phil Duke (Duke Sound, Continental Recording Company) was at the board for this one, engineering and recording this session in our home-turf stomping grounds of Bushwick, Brooklyn.  He's a class act, and we can't recommend him enough.  Mastering was done by Nick Hogeboom, who has seen MNOP perform many times over 5 years and was genuinely enthusiastic to offer his abilities to the project - his thorough familiarity with the band lent itself perfectly to putting the chef's kiss on "Illuminated Body."

This little Beach Bully is sure to tickle you, whether you like it or not! 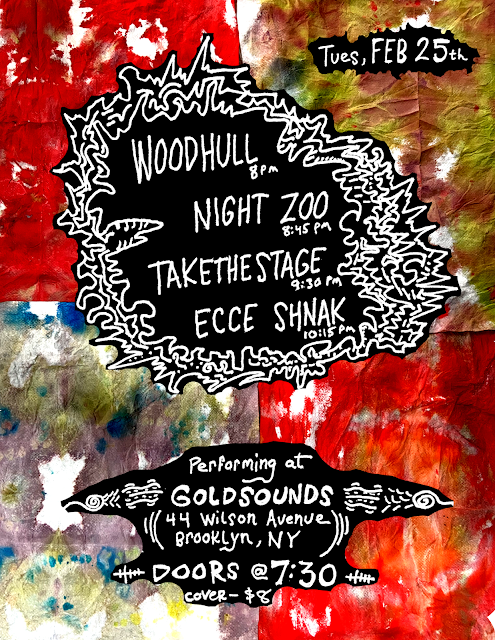 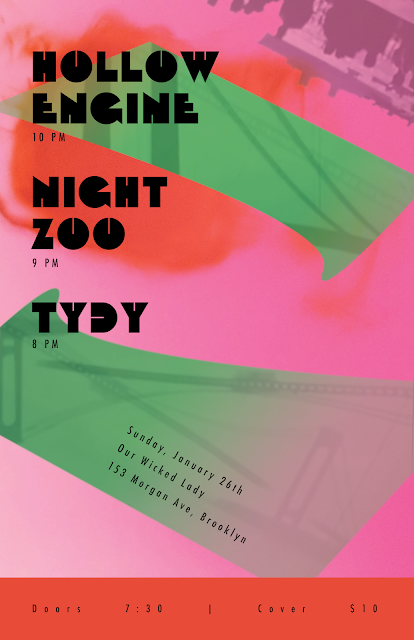